You are here: Home / About Us / Jan Mannix 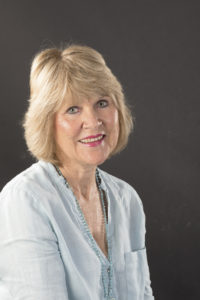 Life works in mysterious ways. When I was a teenager on a farm in Zimbabwe, we were quite isolated. I was at boarding school in South Africa and during the school holidays , there was not much socialising. So I used to organise a live band from Harare, to come to our country club, 3 times a year. I would sell raffle tickets in the club for an LP(long playing record) weeks before the social as we called it then, to raise money to help towards paying for the live band.

When I was Teachers’ Training college in Bulawayo, there were 8 girls to each guy! I somehow met an army officer and he told me if I find the girls he will find the guys. So I used to organise a bunch of us girls and we would go to the Officers mess. Little did I realise this thread of making things happen for single people would be my purpose in my latter years.

Years later after finding myself sadly divorced with 3 children, I found it so difficult to meet other single people. So I created dinners from my home in Durban North way back in 1995 for 2 years. In 2001, while I was teaching in England, I again wanted to create dinners for singles but could not find premises.

I must mention when I was teaching in the UK, I was a companion for an old man called Mark who was 92. When I met him, he told me that his wife had been gone 13 months and he said to me loneliness is the worst thing in life. It made such an impression on me as most of my life I have been organising single people to meet so that we are not alone.

I returned to South Africa and relocated to Johannesburg as I had sold my house in Durban and wanted to be near my grandchildren. I wanted to start my dinners from a home but knew so few people.Through a friend, I was introduced to 2 guys who ran a restaurant in Greenside. I organised single people to attend a dinner at Time Out from January 2004 to April 2004. One of the guys who attended a dinner at the restaurant offered me his home in Parkmore.

I ran my dinners from Parkmore until December 2004 when I rented a house in Bryanston. I bought green plastic chairs and tables and each month I would buy more plates and platters and knives and forks.

I am now back in Bryanston running my dinner club from a house in Bryanston, 202 Cumberland.

For a complete listing of our services, please click here.

How to Get Here